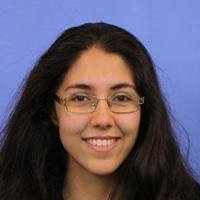 Computer Scientist with a deep interest in Mathematics. Passionate for Machine Learning, especially Natural Language Processing and Computer Vision, and its interactions with other disciplines like cognitive science.

I’m a BSc + MSc in Computer Science from the University of Buenos Aires, with a heavy focus in Mathematics. I did my MSc thesis in visual search modeling (see arxiv, in submission).

I am a Lead Machine Learning Engineer at ASAPP, where I develop models to efficiently rank text in real-time. Before that, I was a Lead Data Scientist at BrightSector, developing different NLP models for the largest e-commerce site in Latin America. I did two Software Engineer internships at Facebook, where I was granted two patents for my work in video stabilization (see 1, 2).

I won several international awards in mathematics and informatics olympiads. Among them:

I also won some awards in machine learning competitions at a national level:

I’m very grateful for the scholarships I received throughout my studies:

Besides Math and CS, I love languages and teaching. I speak Spanish, English, French and Portuguese, and was a teaching assistant at the University of Buenos Aires for over 3 years. I’ve also been a coach for mathematics olympiads, both in schools and as a private tutor.